Jobs surge in the Annapolis Valley

A jobs spike in the middle of 2017 pushed annual employment significantly higher in the Annapolis Valley compared with 2016. 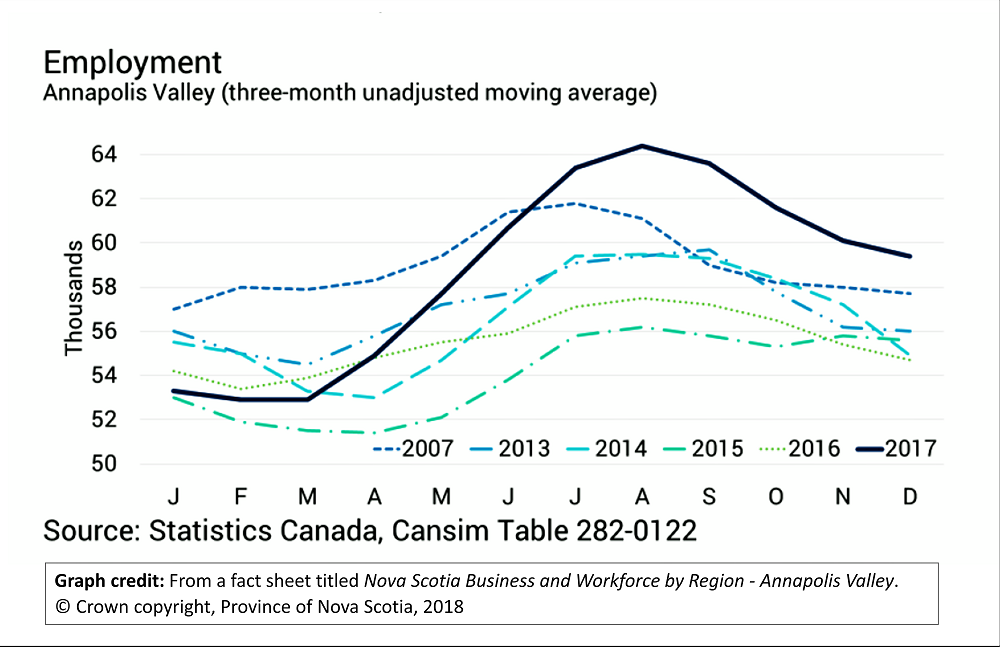 Preliminary labour force data for the 2017 calendar year shows strong growth in employment in the Annapolis Valley economic region.* The spike in jobs for the whole year reflects historically high employment levels reached in the middle of 2017, as shown in the graph above.

By sector, the largest jobs gains in the region were in health and social services (+1,600) and construction (+1,100). The greatest job losses were in manufacturing (-700) and transport and warehousing (-500).

This information, and the graph shown above, were provided in a fact sheet on business and workforce trends, prepared for the Valley Regional Enterprise Network by the Province of Nova Scotia, through the Department of Business (see page 2 of the fact sheet).

More details on the provincial labour market are provided in a January report from the Nova Scotia Finance and Treasury Board: Labour Market Trends – December 2017 and Preliminary 2017 Annual.

As research analyst for the Valley REN, Rachel Brighton brings 25 years’ experience as a journalist, editor, publisher, manager, consultant and not-for-profit director in Canada and Australia.