Farmland in the Annapolis Valley is in strong demand 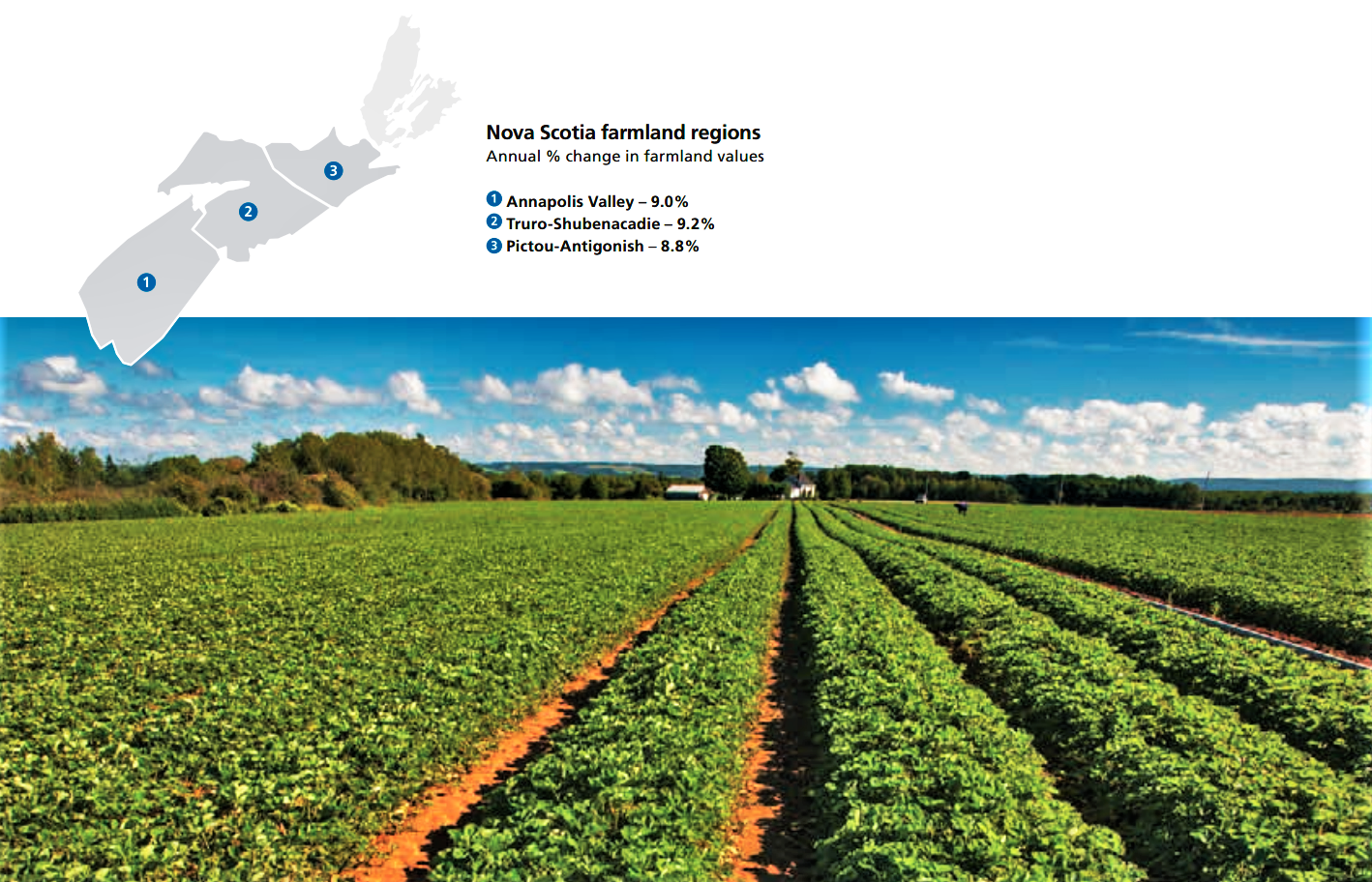 “Competition for farmland in the Annapolis Valley region remained strong and parcels did not stay on the market for long.” – Farm Credit Canada, 2016 FCC Farmland Values Report | image courtesy FCC

The strong market for farmland in the Annapolis Valley is one positive signal of a healthy rural economy.

According to Farm Credit Canada’s nationwide report on farmland values for 2016, “competition for farmland in the Annapolis Valley region remained strong and parcels did not stay on the market for long.”

The April report suggests Valley farmland was sold for a range of uses, from “farmers wanting to expand their operations, increase feed production or spread manure, to retirees wanting to move back to their home communities to establish lifestyle farms.”

Across Nova Scotia, “values increased for all types of agricultural land,” states the report, “including those related to the production of poultry, dairy, vineyards, orchards and vegetable production, as well as lifestyle farms.”

Averaged over the year, the value of cultivated land in Nova Scotia rose 9.1 per cent. That compares with an increase of 6.3 per cent in 2015 and seven per cent in 2014.

Region by region, the annual change in farmland values in the province was:

Province by province, the average gain in the value of farmland was as follows:

Values in Newfoundland and Labrador were not reported due to the low number of publicly reported transactions of farmland.

As research analyst for the Valley REN, Rachel Brighton brings 25 years’ experience as a journalist, editor, publisher, manager, consultant and not-for-profit director in Canada and Australia.