The Annapolis Valley is situated west of the provincial capital of Halifax along the Bay of Fundy, home to the world's highest tides

Where in the world is the Annapolis Valley?

You’ll find us in the province of Nova Scotia on Canada’s east coast. The Annapolis Valley is situated west of the provincial capital of Halifax along the Bay of Fundy, home to the world’s highest tides. The Valley’s renowned and unique micro-climate supports the province’s most productive farms and has given rise to one of North America’s best wine producing regions.

The Annapolis Valley economic region, as defined by Statistics Canada, covers Annapolis, Kings and Hants counties on the northwestern seaboard of Nova Scotia. The Valley REN serves communities in the central part of this economic region. 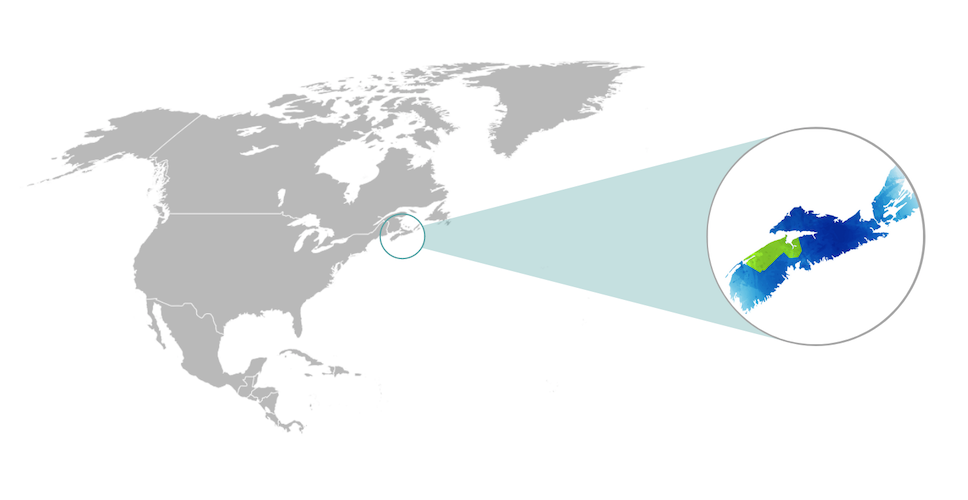 Nova Scotia is two hours closer geographically by air to Europe than any other North American destination, and closer to New York and Boston than it is to any other major Canadian city.

By ship, businesses using our ports take advantage of being only a day’s sail to New York, which means Nova Scotia is an entire day’s sail closer to major markets in northern Europe than any other North American port.

The International Port of Halifax is Canada’s Atlantic gateway to the world. The world’s largest shipping lines call on the Port of Halifax, connecting the port to more than 150 countries.

Canadian National Railway’s 19,600-mile network spans Canada and Mid-America, connecting the Atlantic, the Pacific and the Gulf of Mexico.

Salaries in Nova Scotia tend to be lower than in other provinces and US states — a real competitive advantage for companies located here.

Nova Scotia is an entrepreneurial powerhouse. Opportunities for investment and entrepreneurship abound in a variety of sectors and industries, including agriculture, seafood, ocean technology, manufacturing, information communication technology, tourism, and more.