Supporting the financial, social, and individual well-being of the people, businesses and communities we serve in the Annapolis Valley

The Valley Regional Enterprise Network Is Here For You!

Helping the Valley grow and prosper.

With services designed to grow economic well-being and sustainability, the Valley Regional Enterprise Network is the only publicly funded organization dedicated to supporting the local economic development of six municipalities and one First Nation in the Annapolis Valley region, with the potential of reaching three additional municipalities and two First Nations.

Valley REN At a Glance

Our Unique Role and Competitive Advantage

The Valley REN’s competitive advantage is our ability to objectively address the economic and business development needs of the Region as a whole – without being confined to municipal boundaries – and, despite being publicly funded on an inter-municipal and provincial basis, to have the overview necessary to link both public and private sector organizations to achieve specific economic development objectives in the Annapolis Valley.

If public and private organizations work together, we will create a more competitive and attractive region from a business standpoint, evident in an increase and retention of diverse and sustainable business activity among small, medium and large businesses, as well as in attracting labour force and new residents. 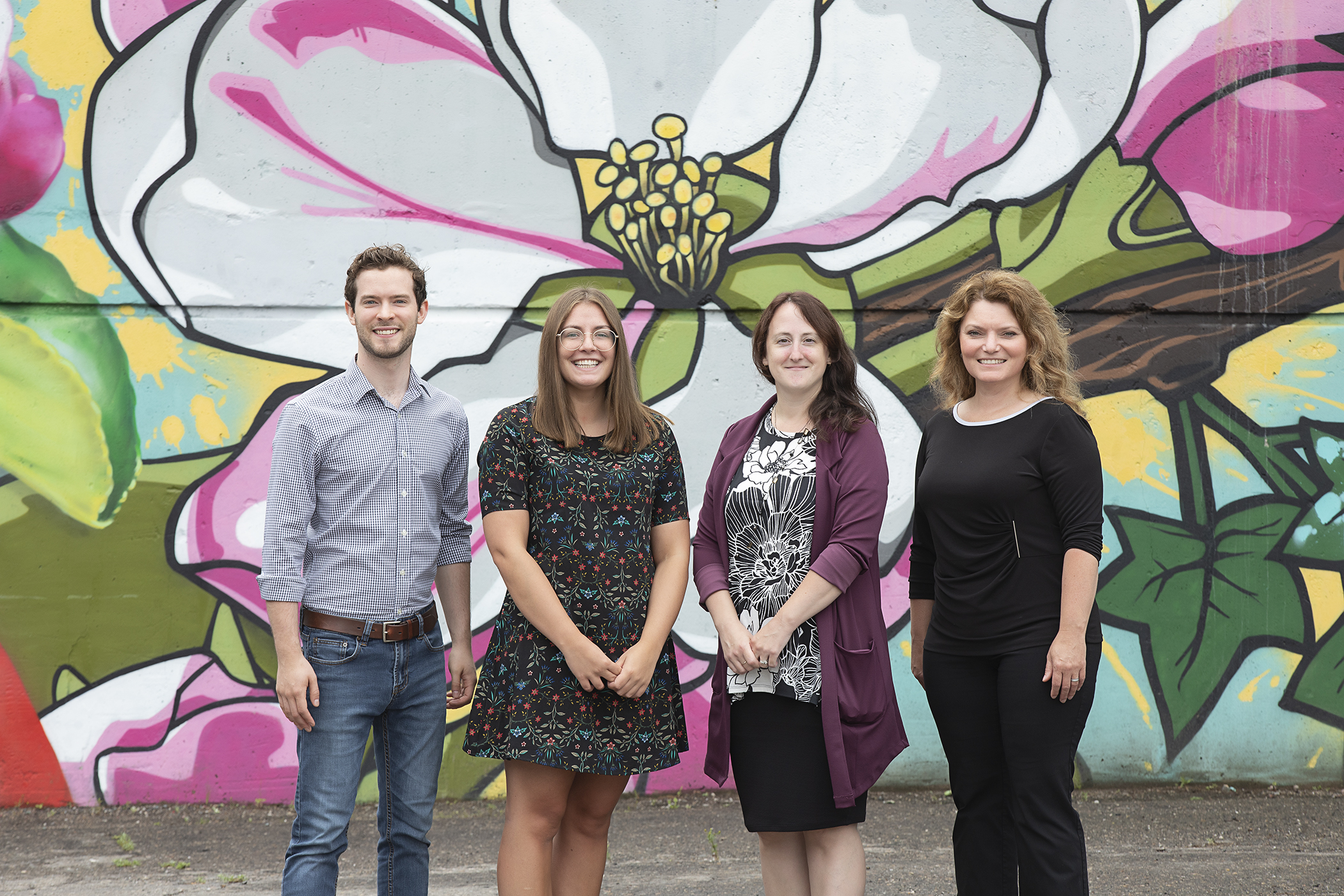 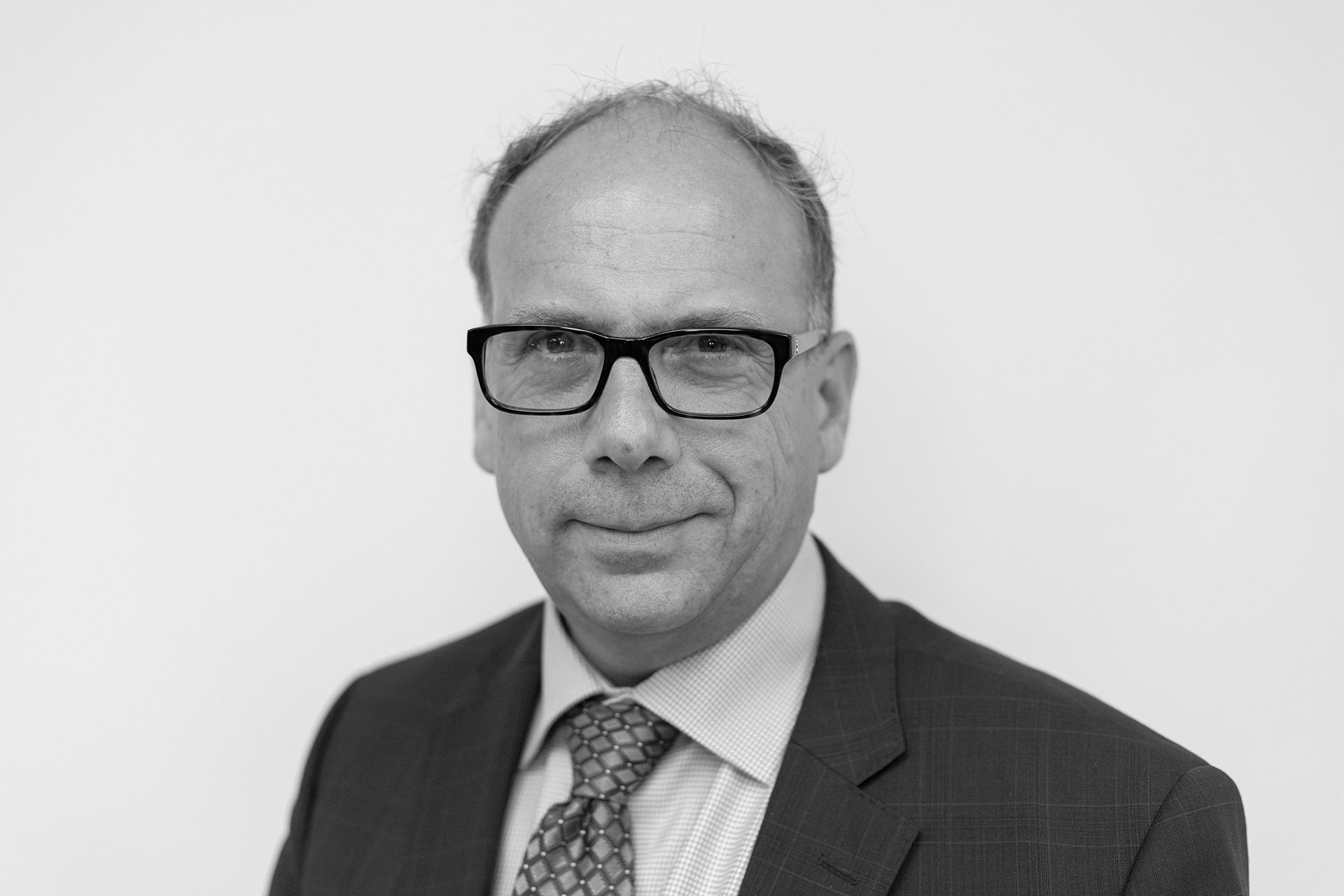 Gerard d’Entremont is the Community Innovation Lead with the Nova Scotia Community College Kingstec and Annapolis Valley campuses. With 21 years’ experience under his belt, he links client needs with customized training-based solutions, helping organizations increase organisational effectiveness. He holds a BA (Economics) and BEd from Mount Allison University and a MEd in Educational Administration from the University of New Brunswick. Gerard and his wife Becky live in Kentville along with their two daughters, Heather and Darcy.

Paul is the President of Safeguard Property Management, serving all three counties of Hants, Kings and Annapolis. Originally from Paradise, Newfoundland, Paul was transferred to the Valley back in 1994 to work at Zellers in New Minas instantly falling in love with the area, never wanting to leave. Following Zellers, and before opening Safeguard in 2016, Paul worked at Staples, Home Depot and Workplace Essentials in the roles of Sales Management, Store Management and Operations.

Stephen Shaw is the Executive Director of CBDC Hants-Kings. With an MBA (Finance) from Saint Mary’s University and more than 25 years of banking and small business experience, Stephen is a customer-focused leader with a passion for community, who wants to ensure that all entrepreneurs receive the advice, training and financing they need to be successful and a productive part of our local economy. CBDC (Community Business Development Corporation) Hants-Kings is a government-supported not-for-profit organization that specializes in job creation and economic development by providing training, advice and financing to businesses in our area. CBDC Hants-Kings is proud to have been serving the counties of Kings, West Hants and East Hants for more than 25 years and building the largest loan portfolio of any CBDC or their equivalent across Canada.

Retiring as CEO of Maritime Pressure Works, a high-pressure boiler fabrication and repair company Rick formed in 1998, Rick turned his interests to several properties and business ventures in the Windsor area, becoming a major factor in the business sector of the town. In 2011 , he and his wife Debbie purchased the Spitfire Arms Ale House and in 2014 opened Fry Daddy’s Restaurant. A second Fry Daddy’s Restaurant opened in Fall 2018. It was Debbie’s retirement from the Dartmouth school system that brought the Dunhams to Windsor, initially to open the Clockmaker’s Inn. Rick completed his Bachelor of Science at St. Mary’s University.

Mike Bannister is the President & CEO of Atlantic Poultry Incorporated – based in Port Williams, Nova Scotia.  API is a 100% Atlantic Canadian owned and operated provider of feed, chicks, eggs and poults, with over 150 employees spread across operations in Nova Scotia, New Brunswick and Newfoundland.

Mike’s prior experience has been leading food and beverage organizations in the Consumer Packaged Goods industry, locating him across Canada (Vancouver, Calgary, Toronto) as well as in the US (San Francisco, Atlanta, Austin TX).  He has an extensive background in the sales and marketing fields, having managed some of the country’s largest brands and called on retail and food service customers all over the world.  His main areas of focus are Leadership and Innovation.

Mike holds a Bachelor of Commerce degree from the Universite de Moncton.  He has served and led several boards (not-for-profit and for-profit) and is most passionate about causes around homelessness, food insecurity and equality.  Mike has a grown daughter who is currently completing her PHD in Sociology at the University of California.  He is originally from Shediac, NB and he is thrilled to be back in the Maritimes.

Ashley is the Director of Finance at Glooscap First Nation located in Hantsport, Nova Scotia. She has over 10 years of experience providing strategic accounting advice to executive management in health care, municipal government, manufacturing and avionics systems support sectors. Ashley is a CPA (CGA) with a BBA from Acadia University and a Master of Business Administration from Saint Mary’s University. Ashley has experience in developing strategic plans and is passionate about helping others and promoting activities in the Annapolis Valley. She has volunteered for various organizations, including a therapeutic riding program and a not-for-profit youth centre as a Board Member and Treasurer. Currently, Ashley volunteers with her border collies in the St. John Ambulance Therapy Dog Program where she and the dogs help children in elementary schools improve their reading skills. Ashley grew up in Greenwood, and still lives there today on a small hobby farm raising sheep.

Bob has held many roles in his 37-year career with Michelin, which include, supply chain, IT, quality technician, HR Management, and Environment, Health and Safety. After working for several years as a purchasing agent in the Alberta oilfield industry, Bob returned to Nova Scotia to start his career with Michelin. He first worked in the Granton plant and then transferred to the Annapolis Valley for the start up of the Waterville facility. He is currently the Production Manager at the facility. Bob graduated from Acadia University with a BBA. Bob’s other community involvement has included chairing the Annapolis Valley Safe Communities Coalition and membership of the VBLI.

Currently, Susan is the CEO at The Windsor Elms Village, a long term care community in Falmouth, Nova Scotia. She is well versed in the areas of leadership and organizational development,  labour relations, environmental stewardship and prudent fiscal management.

Previously, Susan was responsible for the opening and operations of three long term care facilities as a Regional Manager for Shannex. Earlier, she built her passion for quality and safety in the Director of Quality & System Performance role with the regional health authority. Mix in the role of Operations Manager for a financial services firm, and Susan’s skillset and experience has both breadth and depth. She began her career in the United States, working in healthcare.

Susan holds a MSc in Business from Husson University, a Bachelor of Recreation Management (Community Development)  from Acadia University, a Diploma in Nursing from the VG School of Nursing and an Executive Management Certificate from Dalhousie University. She serves on several Boards of Directors/Governors, including both for-profit and not-for-profit, in the fields of Continuing Education (Acadia University), Indigenous Economic Development (Glooscap Ventures) and Regional Economic Development (Annapolis Valley Regional Enterprise Network and the Annapolis Valley Chamber of Commerce). She is also an active member of the provincial Steering Committee for the Nova Scotia Health & Safety Leadership Charter and sits on the Board of Directors for The Nursing Homes of Nova Scotia Association.

Susan and her husband Rob live in Kentville, and together have five grown children.

Cris launched BTW Law in 2015 to focus exclusively on supporting Annapolis Valley businesses and their owners. In his role as a legal and business advisor, Cris sees on a daily basis the opportunities and challenges of doing business in the Annapolis Valley. Cris graduated from the University of Saskatchewan with degrees in accounting and law. He has also completed Levels I, II and III of the Chartered Professional Accountants of Canada’s In-depth Tax Program. Cris began his legal career in the tax group of a large, regional law firm, providing tax and business advice to clients ranging from single-owner start-up businesses to multi-national public companies. His personal business background includes establishing two start-up ventures and managing the growth and contraction of a well-established business. Cris has been an active community volunteer and is currently a director and member of the executive committee of the Annapolis Valley Chamber of Commerce.

Hailing from NL, Val completed a BA at Memorial University. This interest in Sociology & History led to the purchase and renewal of many properties over the past 30 years. Moving to NS in  1993 and then Kingston/Greenwood in 2000 with her young family, it was here her career in Real Estate sales unfolded.   In 2006 Val opened her first Exit office in the Canex mall of 14 Wing Greenwood. Her offices have since grown to 4 locations covering Avonport to Digby.  Serving 2009-2016 on the Annapolis Valley Real Estate Board she participated in NSAR’s initial development of the Atlantic Collaborative Initiative, Professional Development & Standards, and NSAR’s introduction of the Realtor Development Program. Val has also served on the Board of Directors of Chrysalis House since 2017. She & her husband currently own VK Connell Investments which holds short and long term commercial and residential rentals throughout Kings & Annapolis Counties. Previous family businesses include Fuel and Convenience Stores in Middleton & Berwick (Brooklyn St. Market, ‘Petrocan’ & ‘Robins Drive-Thru’ Franchises), and Connell Chrysler Dodge Jeep.