We will provide an overview of the labour standards issues that Nova Scotia businesses have been navigating during 2020.

The presentation will both highlight the key labour standards issues with which employers should be familiar, as well as the specific employment questions that have been raised by the COVID-19 pandemic.

Nova Scotia businesses will be provided with helpful information relating to the rights and responsibilities of employers in general, as well as their obligations to employees during the current public health emergency. 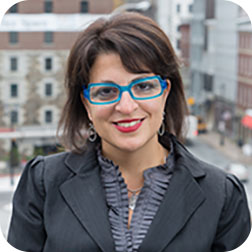 Cynthia Yazbek has been the Executive Director, Labour Services Branch, with the Department of Labour and Advanced Education since 2015.  The Branch is responsible for administering minimum labour standards and protections for employees; delivering conciliation and mediation services to unionized workplaces; representing injured workers and their families; and hearing and adjudicating workplace disputes through the NS Labour Board.

Cynthia has worked in the Nova Scotia public sector for over 25 years, beginning her career with the WestrayMine Public Inquiry.  She then worked with the former NS Association of Health Organizations (now Health Association NS), acting as labour relations counsel for health care employers across the province.  Cynthia joined the civil service in 2005, working in various leadership roles with the provincial government.

Lynn has worked for the public service for over 20 years.  She started her career with the Human Rights Commission where she worked as a Human Rights Officer for several years before moving to the Labour Standards Division.  During her time with the Division, she held the positions of Team Leader and Chief Labour Standards Officer before moving to the position of Director in 2012.

Before deciding to get a job with the public service to pay off her student loans, Lynn had her sights set on a becoming permanent student at Dalhousie University where she earned three degrees: a Bachelor of Arts, a Bachelor of Laws and a Master of Laws.